You are here: Home1 / Case Studies

Below are some of the projects we have carried out for various customers from a range of industries. 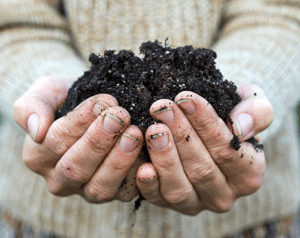 Our customer manufactured peat free and chemical free compost from green & kitchen waste. The process required the material to reach a temperature of 65°C twice for at least two consecutive days. Therefore the temperature had to be measured  accurately and controlled. The current suppliers temperature sensors had a high failure rate because of their poor design and manufacture, so the team had to come up with a cost effective solution.

The customer had a tight budget so we didn’t replace all of their sensors at once. As the sensors needed repairing regularly, we brought them to the new specification one by one and documented the changes that had been made. The customer saw an instant reduction in the amount of failures and repairs needed only weeks after receiving the goods. 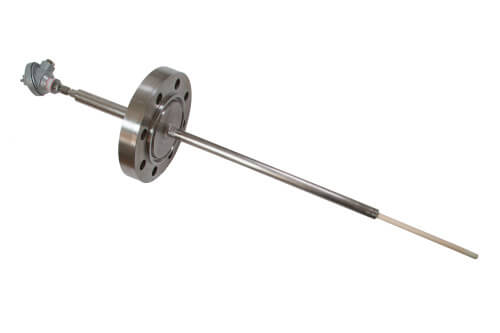 A major chemical manufacturer was experiencing repeated product failure of his current probes.

The key problems that were causing the failures, was the high pressure environment, and the high temperature of a  vessel containing the reaction of partial oxidisation of natural gas to carbon monoxide (POX).

Temperature had to be measured in the highly reactive gaseous atmosphere to control the process and maintain plant safety. The probes had to last for a two-year plant rebuild cycle. The possibility of probe breakage due to furnace insulation movement had to be considered. The customer needed to be supplied full material, process control, testing and safety documentation.

A type B thermocouple was designed through collaboration with the client to contain pressure even with ceramic component failure.

The design consisted of a thick wall Recrystalised Alumina primary sheath with an Inconel alloy 600 support welded to a forged flange. Quality approved (ASME IX) welders were used. The B type conductors were routed through a multibore conax pressure gland, which provides containment at temperature. Each probe was double pressure tested. The first pressure test was on the metal work assembly with hydraulic oil at 106 bar and the second test was on the final assembly at 40 bar with blended air. We supplied a full set of documentation for each probe delivery.

A set of seven probes was installed which allow the plant to run for a two year campaign at which time the full set is always replaced.

We were able to meet the specification given and the customer was satisfied with the goods we supplied. This contract has since been repeated many times over the years, again adding to our history of success and ability to delight customers.

The objectives were to produce a temperature sensor with up to 60 discrete measuring points with temperatures up to 300C throughout the vessel. The customer requested no thermowell to avoid temperature averaging and to increase probe flexibility. Probes were to be inserted through a flanged port and then routed around internal framework. Measuring tips were to be located at strategic points near oxygen spargers. At the tank entry, double sealing was required to contain the pressure and to provide the termination point for cable extension to the instrumentation.

Designing the double pressure containment was done in collaboration with the customer to meet the physical constraints as well as safety concerns.

Mineral insulated type K thermocouples were used with a double Hastelloy C276 sheath to withstand the acid. They were very flexible and easily bent with hands. The probes had an epoxy resin seal within the flange assembly as well as secondary compression fittings to hold the pressure. ASME IX coded welding was used. A bespoke termination enclosure was secured to the flange assembly and pre-wired to Multicore extension cable.

The 60 discrete sensors were all different predetermined lengths. The probes were pre-bundled according to the defined routes. All the probes were marked for easy identification in the uncomfortable working space of a catalyst tank. This made installation easier. They were secured to the internal framework and the measurement points could be placed exactly where the customer required with no averaging between probes whatsoever. We also provided some straightening rolls to deal with any kinks or bends that may occur. They were delivered in a degreased clean condition.

Probes were delivered onto site ahead of schedule and within budget. They were fully documented for all tests and materials used. They were installed straight into the plant. A fault free performance has resulted in repeat orders from this particular client.

Our customer needed to ensure that his furnace was meeting the requirements for high temperature heat treatment of aerospace engine components. It had to meet international standards to gain CAA (civil aviation authority) approval. The sensors had to be produced to an acceptable budget and meet end-user calibration schedules.

The temperatures were at the extreme top end of type K mineral insulated thermocouples. Very high temperature platinum based sensors may have been able to be repeatedly used but they are inflexible and the initial cost would be very high.

We provided an array of inexpensive single use mineral-insulated thermocouples, which had been calibrated to international standards. These sensors, up to 30M long, are routed from the load, through the furnace wall, to an instrument.

We had to maintain standards in producing a high-calibre furnace measurement system in a critical thermal control environment to timescale and budget. We were able to do this through careful sensor batch selection and supplier approval. Tight budgetary constraints were of the utmost importance throughout the project. Working closely with internal cost drivers and suppliers allowed all budgets to be achieved.

The aerospace heat-treatment system was produced to agreed quality standards, within budget and to schedule. This generated a long-term collaborative relationship with regular repeat business.

Now the customer is able to provide certification of process-control procedures for aerospace components. Clearly this high-safety critical process is vital for the aerospace industry.

An international medical firm required sensors for use in anaesthetic dispensing during surgical operations. They were developing equipment which ministered a mix of drugs crucial to the patient’s safety and well being during anaesthesia for surgery. They needed a set of probes to be installed in the dispenser.

In this case a set of three resistance thermometer probes was developed to meet the design criteria. There was a strong collaboration with the client using an open-book policy on all issues including costing. We agreed a manufacturing and test procedure to eliminate potential faults thus maintaining quality control in the long term. Statistical process control (SPC) techniques were utilised to ensure compliance within budget.

Working closely with our customer led to a strategy, which eliminated product failure and risk to the patient. Our manufacturing system analysis led to a rigorous procedure to ensure fault-free sensors were supplied ready for use without further customer testing.

This resulted in the customer producing a medical standards compliant solution. Throughout the ongoing product life cycle Peak Sensors has achieved a complaint-free status.

Our challenges were to think creatively and to achieve a process that simplified the design of the temperature sensor and develop innovative production processes. We had to win the confidence of the customer early in the process.

The relationship, with a fault-free product, has flourished resulting in long-term secure business.

This site uses cookies. By continuing to browse the site, you are agreeing to our use of cookies.

We may request cookies to be set on your device. We use cookies to let us know when you visit our websites, how you interact with us, to enrich your user experience, and to customize your relationship with our website.

Click on the different category headings to find out more. You can also change some of your preferences. Note that blocking some types of cookies may impact your experience on our websites and the services we are able to offer.

These cookies are strictly necessary to provide you with services available through our website and to use some of its features.

Because these cookies are strictly necessary to deliver the website, refuseing them will have impact how our site functions. You always can block or delete cookies by changing your browser settings and force blocking all cookies on this website. But this will always prompt you to accept/refuse cookies when revisiting our site.

We fully respect if you want to refuse cookies but to avoid asking you again and again kindly allow us to store a cookie for that. You are free to opt out any time or opt in for other cookies to get a better experience. If you refuse cookies we will remove all set cookies in our domain.

We provide you with a list of stored cookies on your computer in our domain so you can check what we stored. Due to security reasons we are not able to show or modify cookies from other domains. You can check these in your browser security settings.

We also use different external services like Google Webfonts, Google Maps, and external Video providers. Since these providers may collect personal data like your IP address we allow you to block them here. Please be aware that this might heavily reduce the functionality and appearance of our site. Changes will take effect once you reload the page.